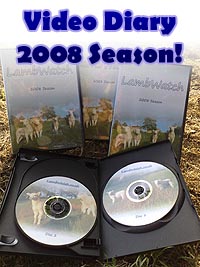 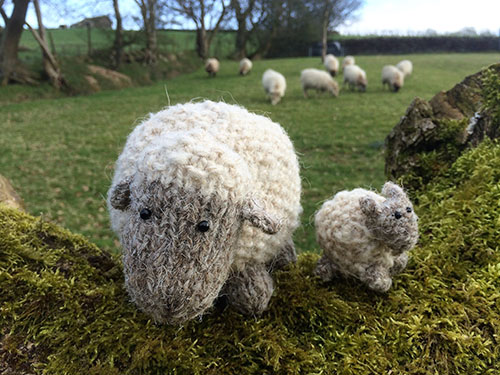 It's interesting for us humans ot be watching The ladies in waiting, but I also sympathise with how uncomfortable the Mum's to be look as though they are feeling. Let's hope all are successfully relieved sooner than later, with, of ocurse Dan & Howard's t.l.c..

Can any of the Procters tell me if the owls were calling last night? I thought I heard them around 1.00 a.m. while Howard was back and forth to the barn to tend to a birthing sheep.

Thanks, Dan. I see the kindergarten is in full swing, with some leapfrogging.

Its been the wettest February since record s began,

The rain and snow ,is horizontal, at the mo here !Brrr

Thankyou Dan for restoring the cam, tha lambs are now safely back indoors and still 5 ladies in waiting!

I'm guessing that Dan and Heather are out for the day, and will fix the camera when they get back. It makes it easier for Howard and Lynda to see what's going on with their sheep.

Yes they will bev glad to get indoors it's freezing out.

The lamb's will be cold that wind is freezing !!

Yes, I had a signal about an hour ago, as well. Down now.

...& the effects of Storm Jorge very apparent on www.shetlandwebcams.com

As on TV just now..."Brace yourselves for a nuch more fierce storm Jorge in progress"

Only jsut disappeared Susan, i was capturing pics a few mins ago...so blame me!!! lol! Good A'noon All...

The playpen is empty!! Hope it's warm enough outside. they may be back overnight.

Morning seems as though the Nursery has for the first time gone out to play!

Coud there have been a third. Howard came back and spent a long time with her and then she stopped calling.

The new mum certainly has 2 live lambs standing,onw white and one black maybe 3

I think maybe we lost a lamb, and that's why the mother was fussing so much..

There's a problem with the one that just birthed in the last hour. Howard is in that pen, attending to the ewe, or the lamb. Can't see well enough to know.

I think I just heard the owls! Will someone please let me know if they are calling in this season?

A little shenanigans in the round - various lambs keep trying to play with the others, and the mums shoo them off again.