Find out about our very successful first ever trip to Malham Show in the heart of the Yorkshire Dales National Park.

It was another lovely day for showing our lovely sheep. We didn't take as many animals as we did to Trawden because there were fewer classes. It was great to see some familiar faces and also to meet some new people in the world of rare breeds, all promoting and showcasing their own stock. There was a good turn out of rare breeds, both primitive and non-primitive and it was great for the public to see all the different types.

Because Fulvia and Wispa both won their respective classes, they went into the "Championship" and were judged against each other for the Champion and Reserve Champion rosettes. So it was Wispa versus Fulvia and Wispa clinched it because he was stood more nicely than Fulvia. As a result of this, Wispa (and Heather) were awarded the RBST Dales Group Trophy - our first ever piece of silverware. Well done Wispa and Heather!

Because Wispa was awarded Champion Primitive Sheep, he was then entered into the overall Champion class, and was up against some of the more traditional hill breeds that you see in the north of England, such as the Mule, Texel, Bluefaced Leicesters, Wensleydales, Dalesbreds etc. He looked quite amusing amongst his bigger cousins! Sadly he was no match for them in this particular class, but we are very proud of him and Heather for getting that far!

After a busy morning showing the sheep, we had our lunch and walked over to the cattle tent, where our hay was being judged, only to find we had won first prize for that too! Although we knew our hay from this year was very good, we still did not expect to win, and so we were thrilled to see the little red ticket showing first prize, along with a "Special" ticket showing that we had won a trophy for it as well! It was all very exciting.

Here are some photos from the day. You can view them all in our gallery as well. 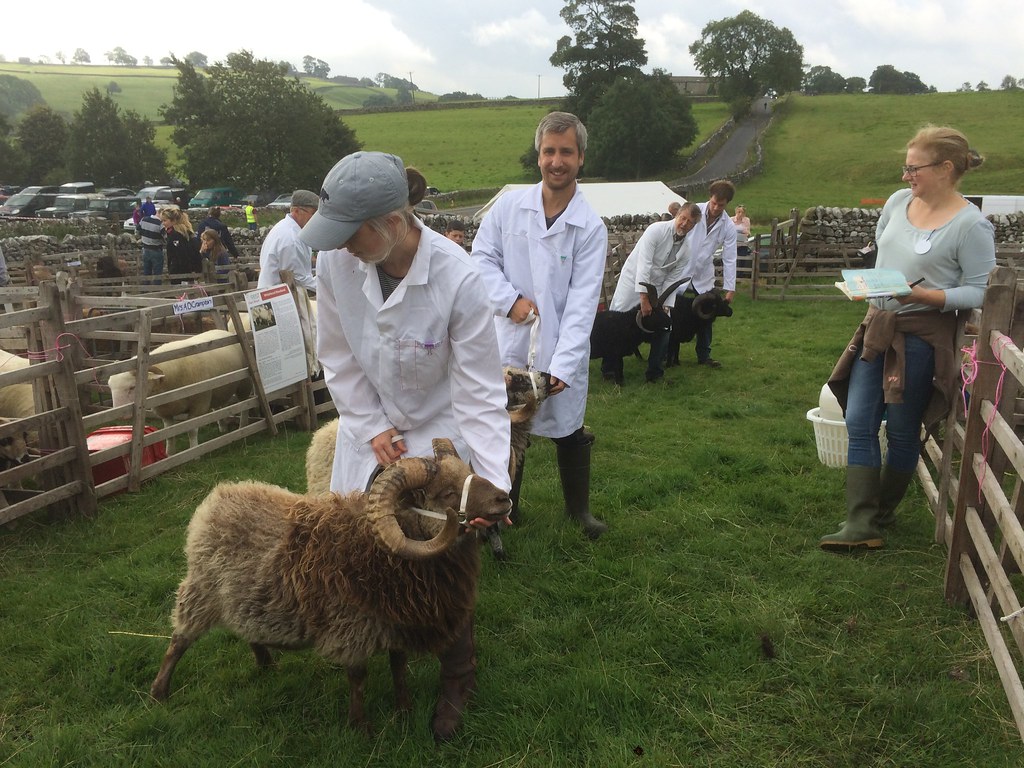 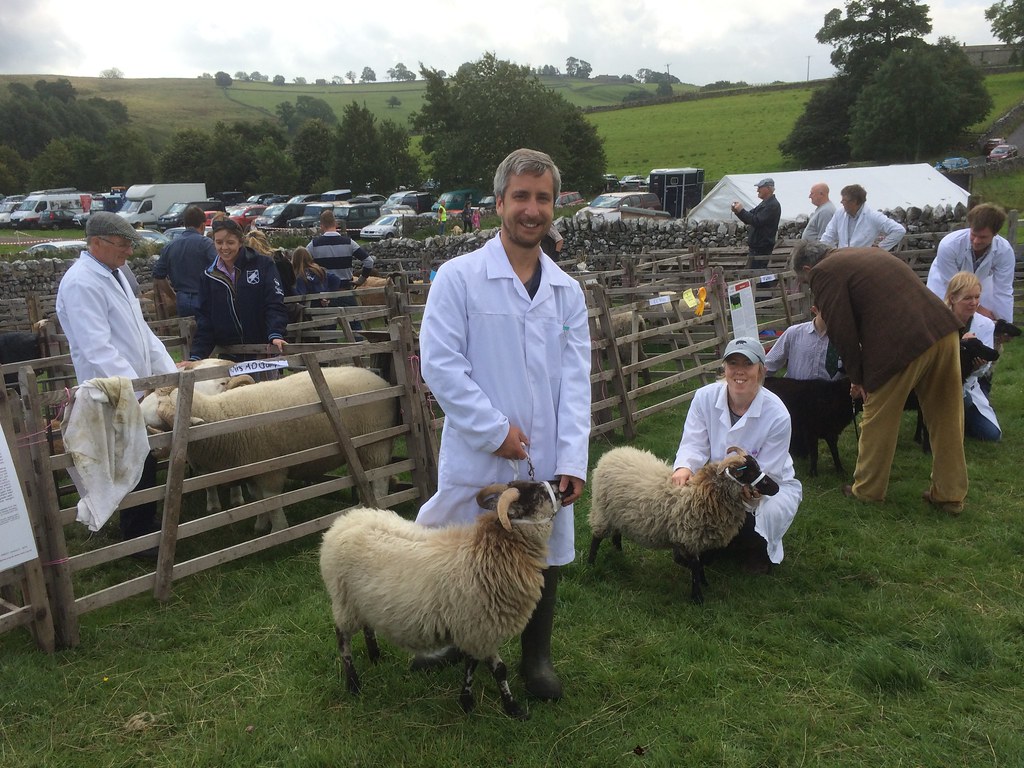 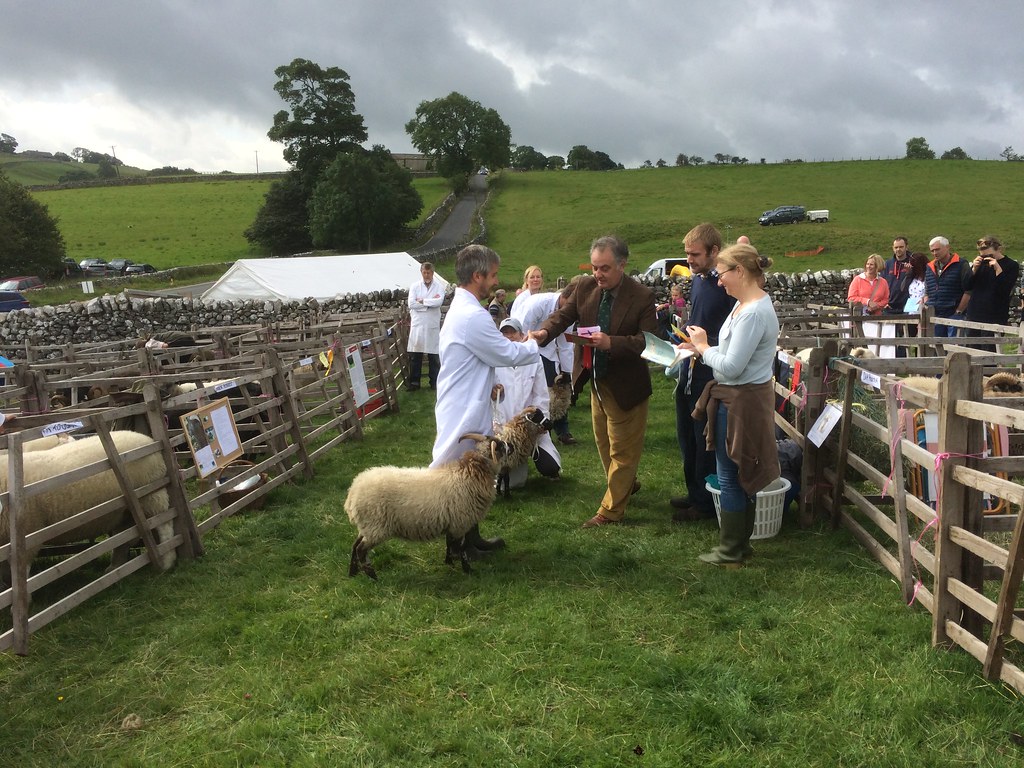 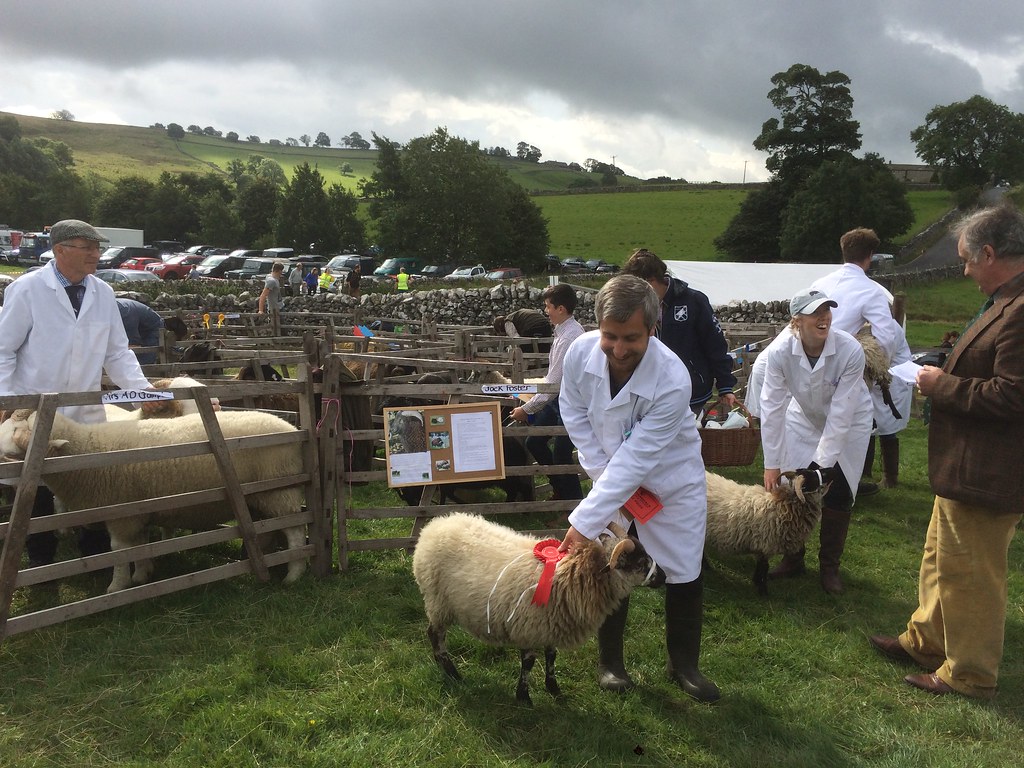 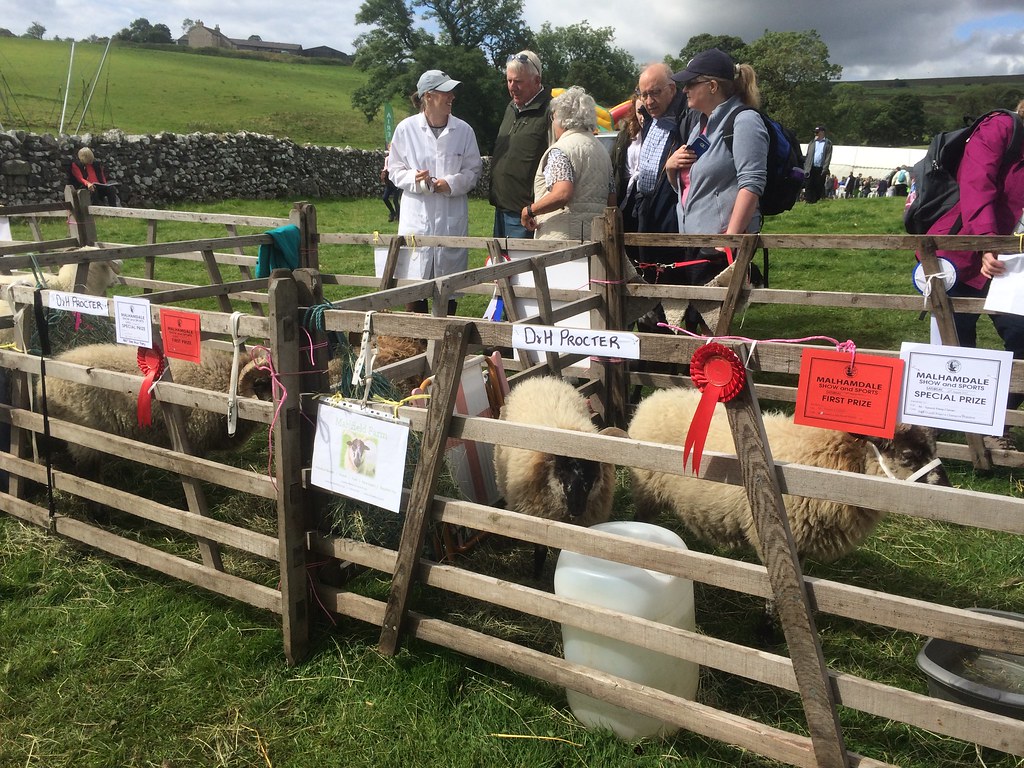 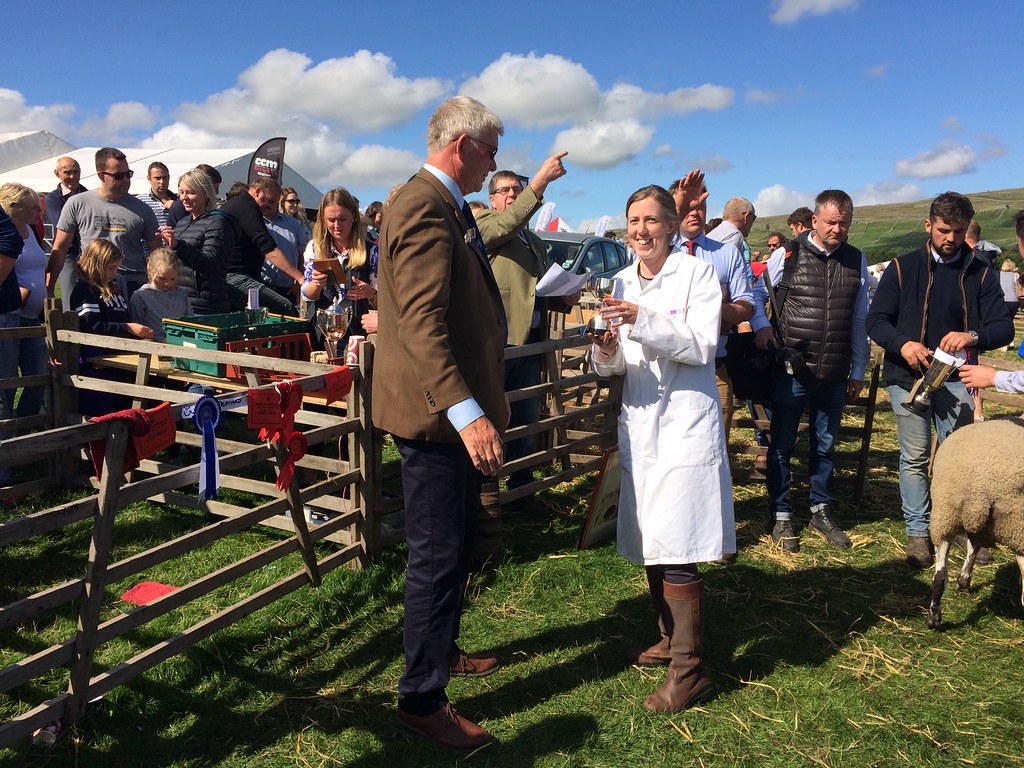 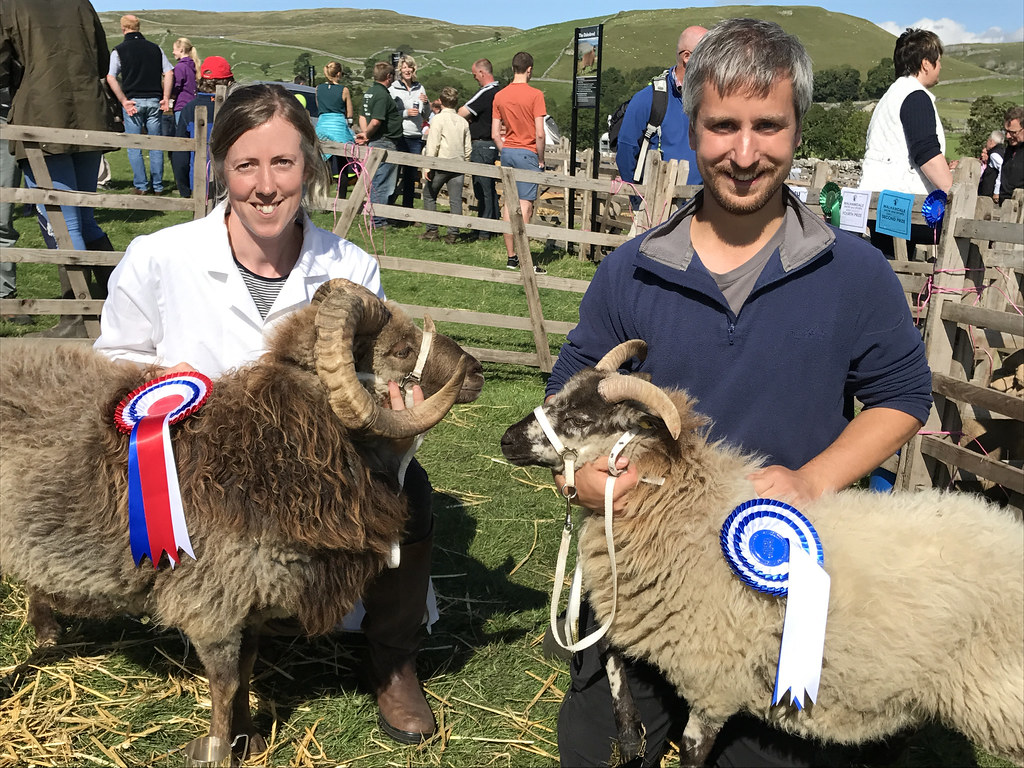 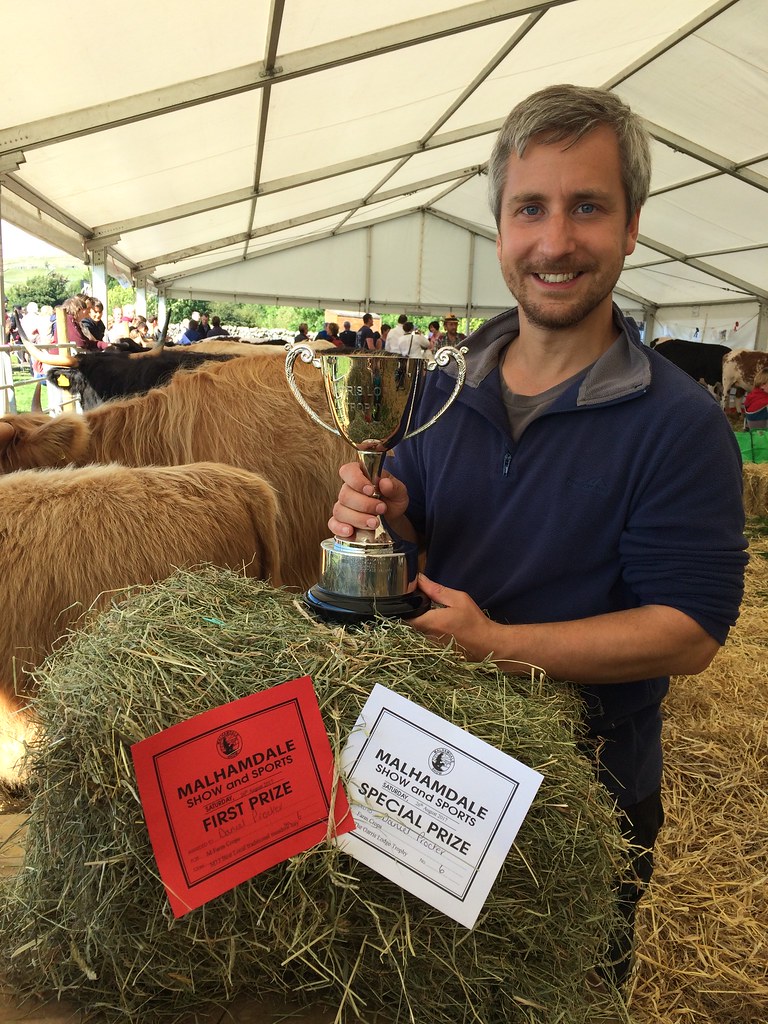 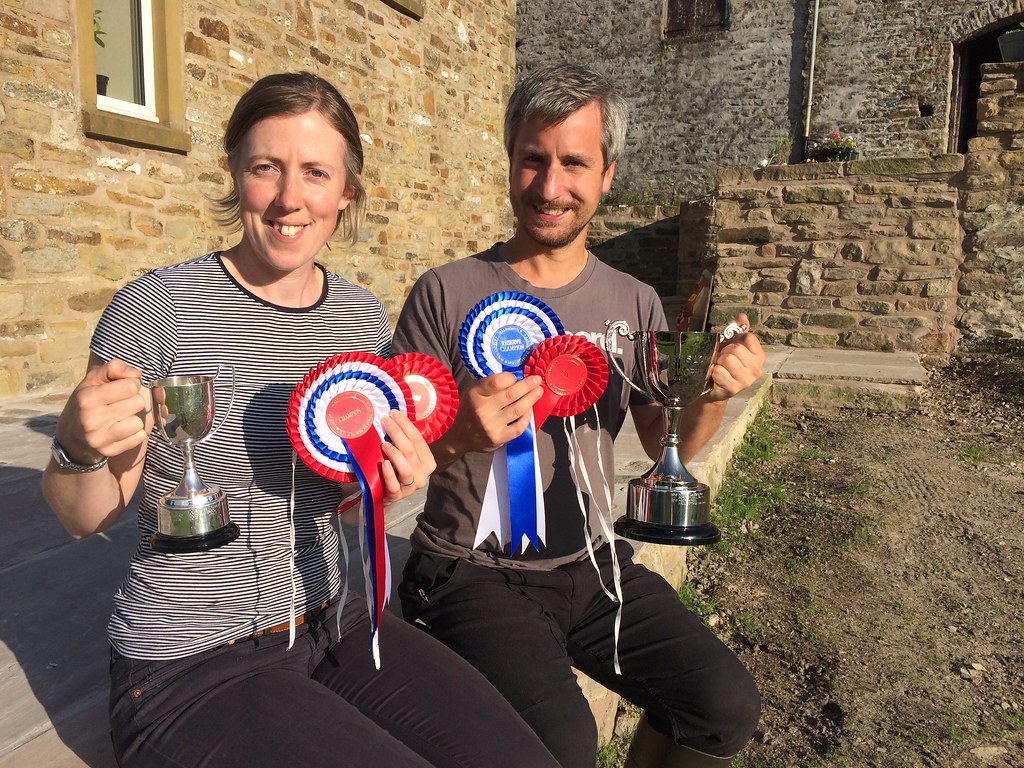 Wonderful achievements, and it's nice to have a bit of silverware around the house. I don't think I realised that the rare breeds are much smaller than Texels, etc. but I guess I'd have to see them together to know. But yours are really lovely sheep, and I'm glad they did so well. Congratulations on all of it.

Hi Helen, I've added a panoramic photo of Wispa up against his larger cousins. Heather and Wispa are on the far right. The photo is a bit small but you can see the larger version in the gallery which is a bit clearer.

Well done on entering your sheep into the Shows and experiencing the excitement of winning rosettes and silverware.