A bit of dry stone walling

A small gap in a dry stone wall bordering our field with the lane needed fixing up!

After the rains of the past few days, the sun showed its face, and it made the ideal opportunity to fix up a dry stone wall, in which a small gap had appeared. It took much of the morning to finish, and the pesky flies were a bit of a nuisance, but it was a very pleasant and satisfying endeavour, fixing up the wall while, every now and again, a walker would pass by with their dog for a little chat and gossip!

The wall fell into the field and by the end of the task, every single stone had been returned to the wall. They weren't great shapes, and I must admit, it looks more attractive from the field side (as this is the side from which I was building it up). Here's some photos from the start, beginning, and end!

Clearing the holly and vegetation to access the gap... 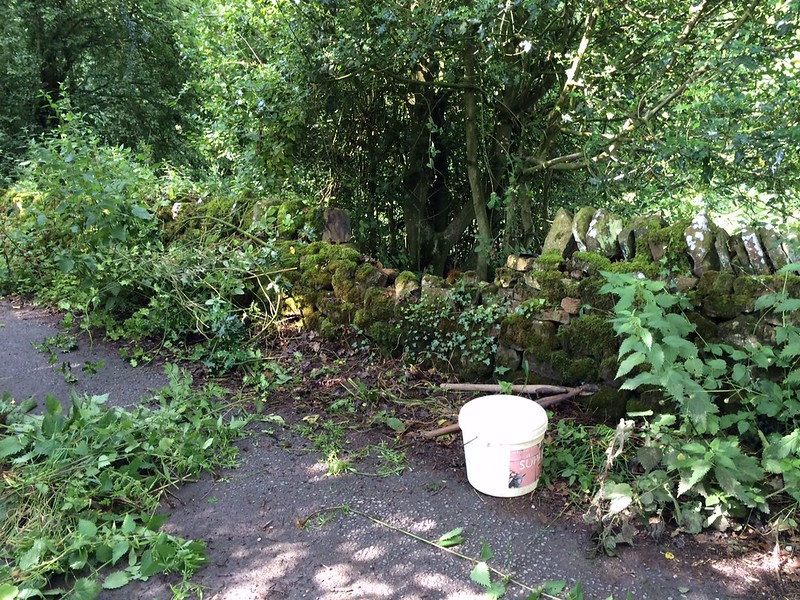 A nice core of rubble and debris in the middle... 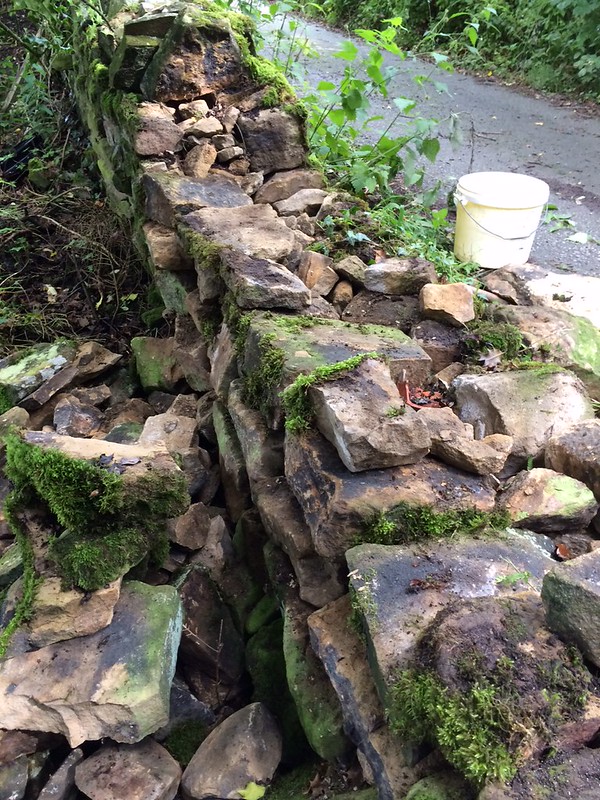 Tada... finished...! As I say, it does look better from the other side, honestly! 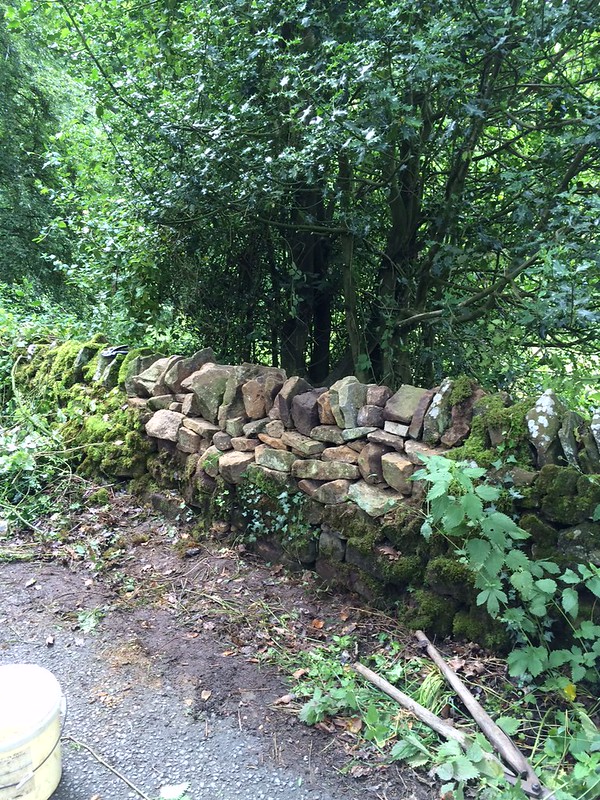 Time for a brew!

It does look good ! i love to see these wall's